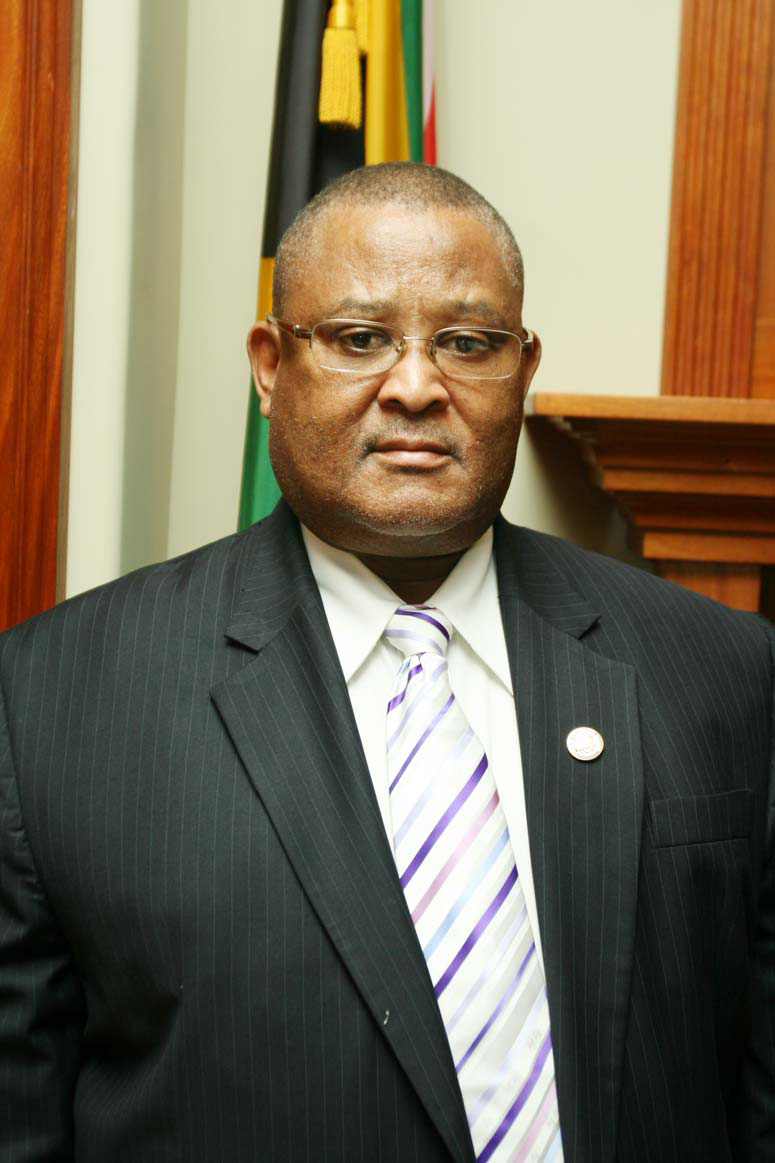 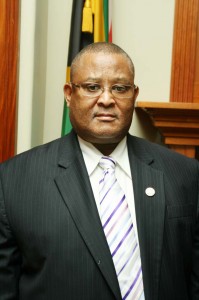 Washington,DC  –  Former South African Ambassador to Washington DC, Ambassador Welile Nhlapo will take over the Chairmanship of the Diamond Kimberley Process on January 1, 2013.  He takes over from current Chairperson Ms. Gillian Milovanovic.  Nhlapo served asSouth Africa’s Ambassador to Washington, DC, until his appointment as National Security Special Adviser to President Jacob Zuma in November, 2009.  In June, 2011, he became South Africa’s Special Representative to the Great Lakes countries, including Burundi,Uganda,Tanzania, Democratic Republic of Congo, and Rwanda.

Ambassador Nhlapo takes over the Kimberley Process at a time the organization seems to have come to terms with its monitoring of Zimbabwe, where it felt that Zimbabwe had completed what was required of the country.

“Zimbabwewas reintegrated inKinshasain 2011 with a regime of monitoring, which was voted for a period of one year. Over the course of that year, Zimbabwe put in a significant good faith effort — it did, in the opinion of the monitors who went to Zimbabwe on repeated occasions, put in good effort — and did achieve most of the things it needed to achieve and in some cases did better than one could have hoped for,” Milovanovic (pictured) said.

While declaring that “the special monitoring regime is no longer in effect” forZimbabwe, Milovanovic noted that the conditions the Kimberley Process placed uponZimbabwehad given the country “a good record on which to base itself.”  She added that the good governance established in Zimbabwe in this year was already paying tangible dividends, including in the country’s “willingness to abide by such things as accesses to Marange fields by non-governmental organizations (NGOs).

The handling of Zimbabwe’s compliance, she explained, showed that “the Kimberley Process has demonstrated it can act and do something concrete and do it on a non-punitive and developmental and assisting manner.

“What it means is the same as it has meant before — the Kimberley Process, as a result of this monitoring, has determined which sites are fully compliant and in terms of Zimbabwe being eligible to issue Kimberley Process certificates they are able to do so,” Milovanovic (pictured) said.

Although civil society member, Partnership African Canada (PAC),  accepted the Kimberley Process’s stance on Zimbabwe and its admittance into a number of working groups such as  the Working Group on Monitoring, the Committee on Rules and Procedures and the Working Group of Diamond Experts, it still had reservations about the nation’s handling of its diamond revenue.

“We recognize the agreement onZimbabwe, but we have concerns about revenue transparency,” said Alan Martin, the director of research forPAC.   “Lost diamond revenue is a real problem.”

“The Kimberley Process is happy and satisfied that all issues relating toZimbabwehave been addressed. In my view, there ought to be some connection between Kimberley Process compliance and revenue transparency,” said Maguwu. ”While this is regarded as a non-issue, I believe the Kimberley Process ought to ensure that diamond revenues are properly accounted for. Reconciling diamond production, exports, sales and revenues will end suspicion, speculation and mistrust, which, if not handled properly, can result in violent conflict.”

Milovanovic respectfully disagreed with Martin’s criticism.  “There are number of things that Alan has said that perhaps approach the negative, but there are a number of things that are simply a matter of fact — revenue transparency discussions are not a part of the Kimberley Process,” she said.

Milovanovic added that “our intention has been to recognize that the Kimberley Process is not going to do everything — it’s not an organization, it’s a process, its capacities are limited.”

Part of the role of organization, she explained, was to “bring together other organizations to cooperate with issues outside of the mandate of the Kimberley Process.

While Milovanovic acknowledged that the group arrived at a series of decisions during the plenary meeting, members came up short in agreeing to a new definition for conflict diamonds.  Addressing that unfinished business, she said that even though the definition was unchanged, approaching the topic at all was a positive step forward.

Milovanovic added that work on the definition will go on under the new chair next year.  “Suffice to say we have agreed that a discussion of the definition of the conflict diamond will continue under the South African presidency.  Ultimately, we had a lot of conversations, but were not able to reach consensus.”

At issue in coming to terms with a new definition, Milovanovic explained, had to do with the inherently large and complex nature of the Kimberley Process.  “There was simply not enough time to bring everybody – 80 countries and industry groups and civil society groups — together and come up with and negotiate a definition that is a new thing.”

The chair also reiterated that with the new definition, “The focus is exclusively on the issue of conflict, and conflict which is related to diamonds, it’s not on general human rights issues, it’s not on the revenue transparency issues, and it’s not on environmental degradation or child labor.

“This is not to say that Kimberley Process members do not think these things are important,” she added, noting that the group can only work within its mandate.  “We have a domain in which we work.”

Martin added, “Going forward, we are going to be looking for other forums such as the Organisation for Economic Co-operation and Development (OECD) to make progress on this issue.”

The one bright spot of the plenary was that it did achieve adoption of an Administrative Support Mechanism (ASM), which will be provided by the World Diamond Council (WDC), said Milovanovic.

The Kimberley Process agreed to allow the WDC to host the new ASM for a full year, starting on January 1, 2013, though it also affirmed restrictions on individuals working in the ASM from engaging in any Kimberley Process committee work.  It was agreed to evaluate the effectiveness of the  ASM at the 2013 intercessional meeting scheduled for mid-year, although the date could be changed by the new chair.

Eli Izhakoff, the president of the WDC, noted that the, “ASM is something that the industry has advocated for a long time. It was finally approved and we are looking forward to providing much needed support to the chair, and especially to the incoming chair — should it ask for it.”

In his opening speech to the plenary on Tuesday, Izhakoff explained that the ASM “will provide logistic, organizational and communications support to the Kimberley Process on an ongoing basis.”  He went on to explain that the WDC’s management of the ASM will be done “with the collaboration of four of our members, which include the Gem & Jewelry Export Promotion Council of India, the Israel Diamond Institute, theAntwerpWorldDiamondCenterand the Diamond House of the Government of Ghana.”

Izhakoff added, “The management of the ASM will be, in the very best of a Kimberley Process traditions, an international cooperative effort, joining East with West and North with South. And, as one should expect, it will have a strong African component.”

The Kimberley Process in 2013

When the Kimberley Process meets again under its 2013 chairmanship, headed bySouth Africa’s National Security Advisor, Welile Nhlapo, it will have much a different make up and tone than it had under Milovanovic.  The organization endorsed the admission of several new countries includingPanama,Kazakhstan,CambodiaandCameroon, to its ranks.

While the group had not appointed a vice chair for 2013, Milovanovic noted that, “Chinadid advance its bid to become vice chair and indicated its willingness to be considered for 2013.”

Milovanovic also added that the Kimberley Process adopted a number of practical and important matters, including the so-called the Washington Declaration, which is a complementary piece to the Moscow Declaration and deals with the issues of development and artisanal mining.

Nhlapo thanked Milovanovic for handing over a heavy task but with some issues resolved from the progress she’d made, and declared that he plans to build upon her work.

But Nhlapo also stressed the need for the Kimberley Process to stay within the bounds of its mandate and mission. “I just wanted to say that one of the things we tried to do in taking this discussion forward is to get everyone to understand that we need all of us to come toward a common understanding that the role of the Kimberley Process is complimentary.  In our endeavor to try to make a contribution toward the solutions of conflicts, we have to understand our role.”

He added, “We need to be careful not to be overzealous of what we can do,” and specifically addressed the issue of diamond revenue transparency. He said that the responsibility for peace and security lies with the UN Security Council.  ”The UN has recognized through resolutions of the Security Council and the General Assembly, the role of the Kimberley Process in terms of complimenting and adding value to the efforts being made to resolve these conflicts.”

GivenSouth Africa’s stance on many heated Kimberley Process issues, some believe that under its chairmanship the organization will not make any important breakthroughs on human rights.