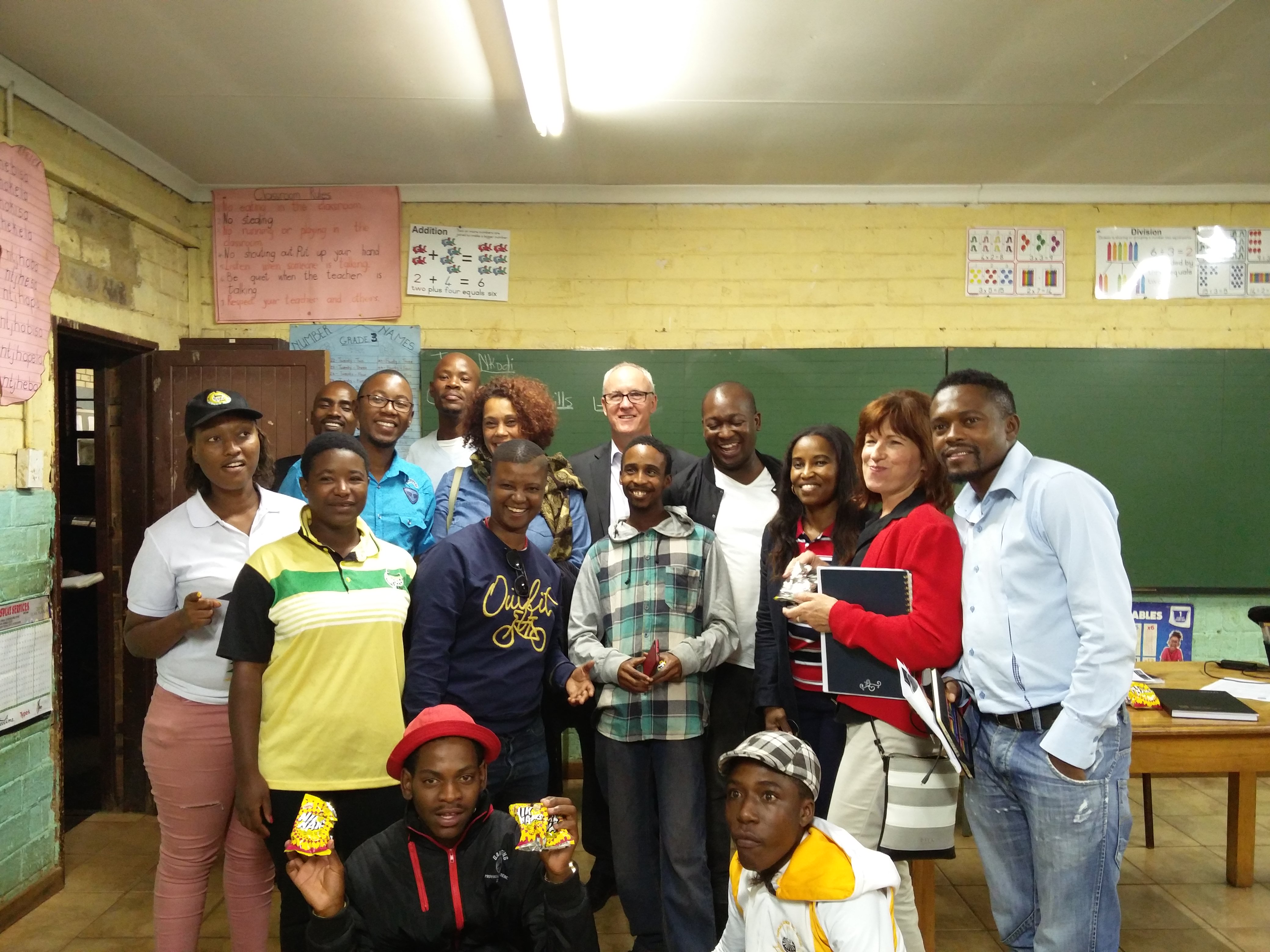 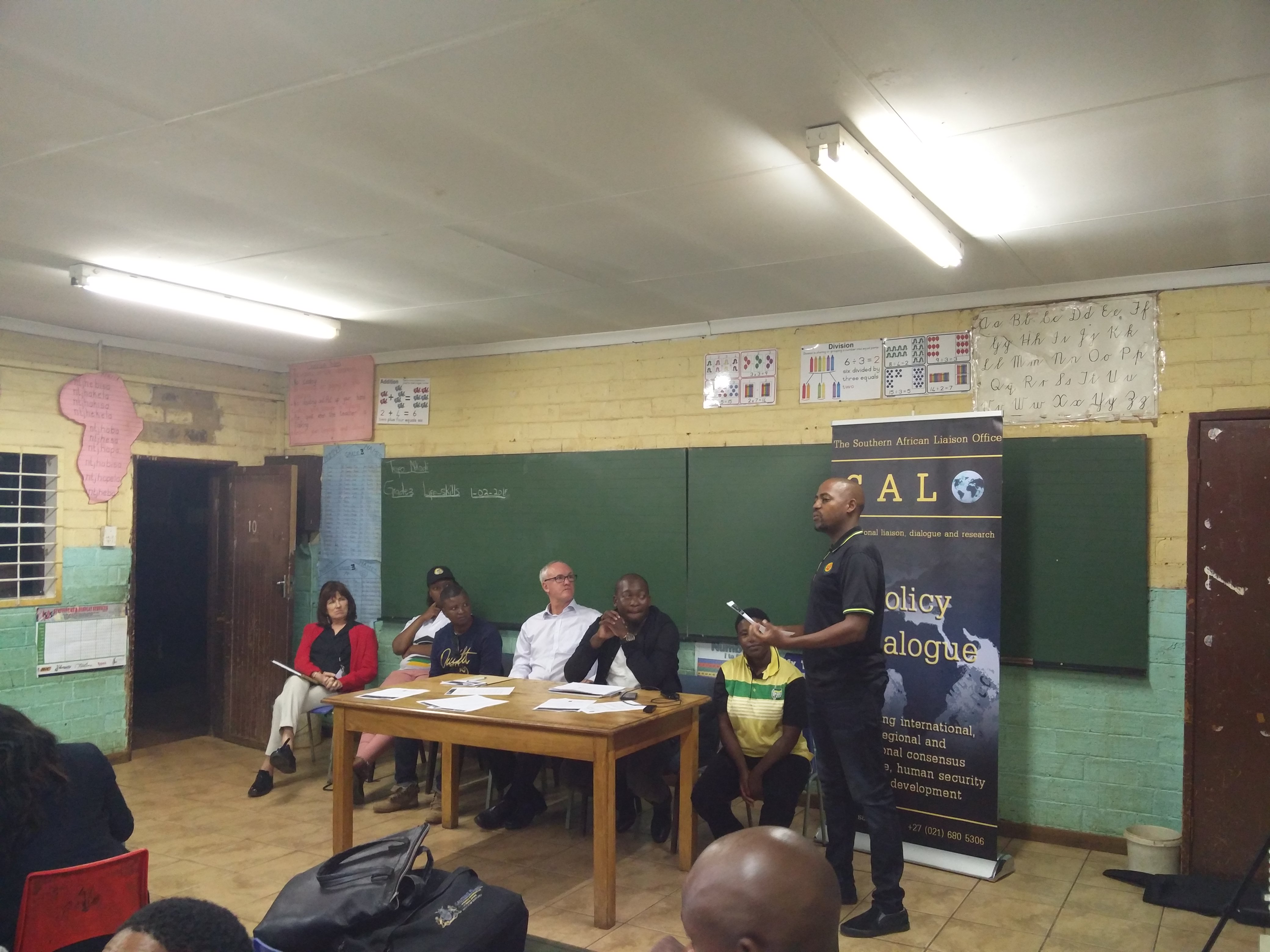 In partnership with the Embassy of Ireland, Embassy of the Kingdom of the Netherlands and South African Department of Justice, SALO will engage, through a series of meetings, with local stakeholders and community members to create a community-based approach in tackling the problem of gender-based violence, violence against lesbians and members of the LGBTI community in Soweto and the rest of South Africa. The first meeting comprised predominantly of youth; members from local civil society groups, DOJ, Naledi Community Policing Forum Youth Desk, Access Chapter 2, members of the diplomatic community, ANC, ANCYL and COSAS.

In the opening remarks of our first meeting, a member of the ANC Youth put it eloquently that the issue of gender-based violence and violence against LGBTI people is one that affects us all; our brothers, our sisters, our mothers and fathers, our girlfriends and boyfriends. The persistence of these issues, particularly in Soweto, is of great concern to community leaders and civil society groups. The Deputy President of COSAS (Congress of South African Students) stated that there are numerous contributing factors to this violence, all of which need to be researched thoroughly to find the best approach in tackling the violence as well as breaking the stigma associated with LGBTI individuals. The importance of youth engagement was a strong theme in this meeting as it was emphasised that the issue cannot be solved without their participation. Their ability to influence and engage with older community members will be paramount. Members of the youth community can also assist in combatting negative culture influences so that there can wider acceptance of LGBTI people. A traditional healer spoke to importance of changing culture and spoke to some success in his own community. Over the past few years however, SA have been lacking in leaders on these issues, so SA people need to be agents of change which requires active leadership in the community. 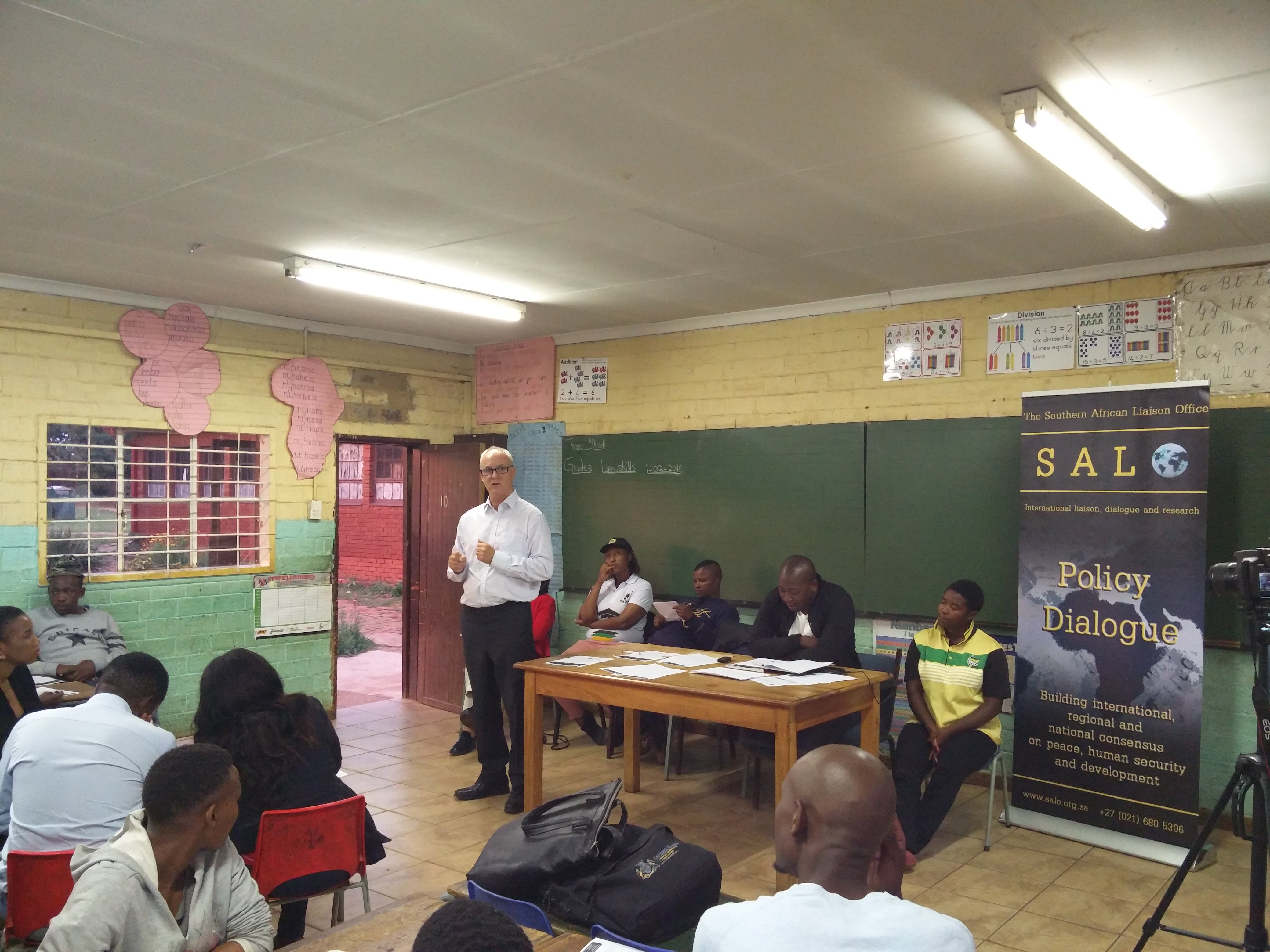 The Irish Ambassador spoke to the experiences of LGTBI people in Ireland and how they went from a deeply conservative and catholic country to one that is more accepting and now allows same-sex marriage. Ireland wants to share their experiences so to help others evolve into more accepting societies. Ireland will support the efforts that SA develop from the ground but emphasised the importance of hearing from local leaders and activists as their views and actions are essential in working towards positive and influential action.

The SA constitution is seen as one of the greatest in the world due to the protections it bestows on its people. The consensus during the meeting is that this certainly doesn’t translate into real life protections for the LGBTI community. Participants were quick to emphasise the impact culture had in the discrimination against LGBTI and spoke to the importance of educating people on the values set out in their constitution so that underlying culture issues can evolve into something more positive and accepting. The issue of education can also relate to training of the SA police forces. There have been numerous reports of police not treating attacks on LGBTI people as hate crimes which has negative consequences when measuring the impact of these issues. Gauteng province has taken steps after pressure from local civil society groups where local police forces are required to attend workshops on sensitivity training related to LGBTI issues. An LGTBI activist, along with a member of the Community Forum Health Youth Desk, stated that more needs to be done so that Police are adequately trained. Speaking specifically to Police in Soweto, they are not prepared for crimes against LGBTI people. The ANCYL spoke to the inadequacies of the police force in how they lock up violent perpetrators without any push for rehabilitation. The issue of sex work was touched upon but it was noted that more needs to be discussed particularly due to increasing violence against lesbians who are forced into prostitution.

Ultimately, there is a need to acknowledge that there is a problem before one can begin to tackle the issue. The ANCYL notes that there are personal differences on LGBTI issues so more engagement is required. Using SALO and their partners, community members must engage and provoke religious leaders and faith-based organisations. Religious leaders such as pastors or priests have an audience they can speak to about the importance of respect and humanity. The leaders who are most conflicting about LGBTI people are those who should be engaged with most.  SALO must also involve psychologists and mental health practitioners to address the growing concerns of mental health issues that members of the LGBTI community experience: isolation, trauma, anxiety, stress and suicidal tendencies. There is a capacity to build a strong network in the community, fostering new relationships and partnerships with key stakeholders with the aim of promoting stronger activism and support for the issues of Gender-based violence and violence against LGBTI people. Participants were confident in SALO’s ability to move this forward as initial discussions were fruitful.