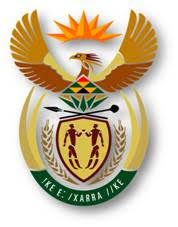 President Zuma arrives in France for a State Visit

President Jacob Zuma has today, 10 July 2016, arrived in Paris in the French Republic for a State Visit aimed at further advancing relations between the two countries.
The visit will take place under theme “Working together as equal partners to explore opportunities and address the challenges of the 21st Century”.

President Hollande visited South Africa in 2013 and the visit further cemented the warm relations between our two countries. The State Visit by President Zuma will build on that solid foundation.

The visit will provide a platform for both countries to improve cooperation in various areas including trade and investment, energy, maritime, agriculture, science and technology, education and skills development, arts and culture, defence, development cooperation and international relations.

Boosting economic relations and trade are high up on the agenda of the visit. France is an important trade, investment and tourism partner for South Africa. In 2015, the overall volume of trade amounted to R33.6 billion. France remains an important source of foreign direct investment for South Africa with an estimated investment volume of over 24 billion rand. According to the Department of Tourism, a total of 128 438 tourists from France visited South Africa in 2015, making France one of the highest sources of inward tourism.

The President will meet with the South Africa-France Business Forum, and will encourage French business to invest further in South Africa, with an emphasis on the expansion of investment and trade particularly in the sectors of agro-processing, financial services and defence industry.

In preparation for the centenary celebrations, the Delville Wood memorial has been transformed in order to ensure that the historical role played by black South Africans in the First and Second World Wars is also accorded the necessary recognition as that given to white South Africans.

President Zuma will attend the UEFA Euro 2016 soccer final match between the host nation, France and Portugal in Paris at the invitation of President Hollande.

Issued by:
The Presidency, Pretoria