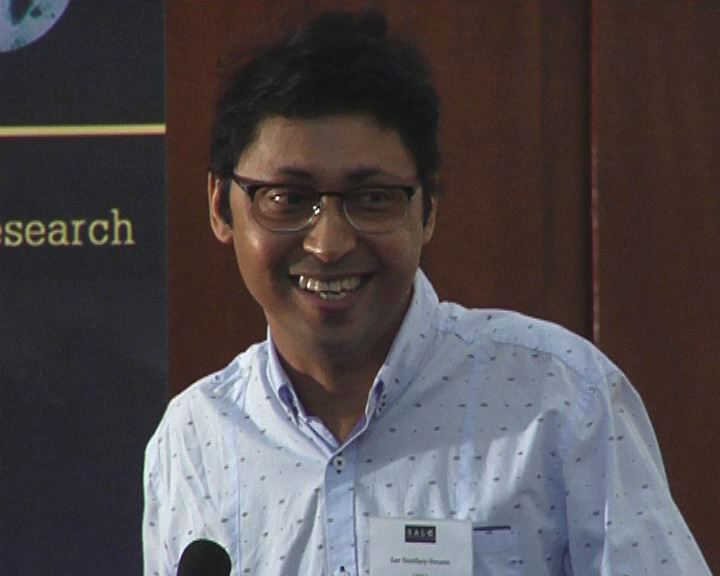 “Thank you for the invitation to the Dialogue event. I am always impressed at the work that SALO does in contributing to building peace and security through facilitating dialogue and consensus nationally, regionally and on the continent and it is therefore a pleasure for me to be part of this Dialogue.” – Hon John Jeffery

Though gender and women’s empowerment issues (and their connection to development, peace and human security) are gaining currency within the African agenda as can be observed in the Agenda 2063 and the ongoing discussions on the Post 2015 Development Agenda, minority rights, in particular those relating to LGBTI communities, are still regarded as taboo, too sensitive and emotive to warrant attention by the African Union. Some African leaders and anti-gay groups dismiss the LGBTI rights agenda as Western-driven, and accuse Western governments and aid agencies of “using foreign aid to push for homosexuality to be decriminalised on the (otherwise) socially conservative continent” (BBC, 7 December, 2011). “Gay rights appear to have become a new frontier in diplomatic relations between Western powers and African governments…” (Ibid).

The UN secretary general, Ban Ki Moon, in his adress to the AU Summit in 2012 acknowledged this sensitivity, but expressed concern that “discrimination on the basis of sexual orientation and gender identity had been ignored or sanctioned for too long (in Africa)”. He said: “Confronting these discriminations is a challenge, but we must not give up on the ideas of the universal declaration (of human rights).” The South African government, in its most recent public pronouncement on the situation pertaining to gay rights in the world, issued a “carefully worded” statement (M&G, 25 February 2014) which reaffirmed the country’s commitiment to human rights including those of LGBTIs. The statement shyed away from the sharp rebuke that has characterized Western responses to rising homophobia in Africa. SA’s statement, which can be intepretated as bold and unprecedented (the first by an African government) but cautious, is perhaps indicative of the sensetiveness that has characterised this issue in Africa.

Notwithstanding the sensitiveness of discussion on LGBTI rights in Africa, if one is to describe human security (in the words of President Sirleaf of Liberia) as “first and foremost about people feeling safe, secure and able to live to their full potential; and that freedom from fear, a life without fear from violence or any sort of threat, is the cardinal condition for human development second only to the right to live”, violence against LGBTI individuals warrants urgent attention as a threat to African development, peace and human security at the least.

It is within this context that SALO seeks to stimulate discussion on Gender and Human rights in Africa, with a particular focus on the recent spate of anti-gay laws and rising homophobia in Africa. The discussion seeks to consider AU’s position or lack thereoff on the matter. While acknowledging the sensitivities, the discussion explores how South Africa, guided by its strong human rights ethos, and position of influence within the continent, can provide leadership for this kind of discussion. How can the universal human values of peace, freedom, social progress, equal rights and human dignity, enshrined in the Charter of the United Nations and in the Universal Declaration of Human Rights, guide this conversation? It should be of concern that implementation of anti-gay laws has often been followed by a rise in violence against individuals thought to be lesbian, gay, bisexual or transgender. The workshop brought together a wide array of speakers and participants who are key decision makers and actors in their own rights.