The Southern African Liaison Office (SALO) is a South African-based civil society organization which contributes to building peace and security through facilitating dialogue and consensus between national, regional and international actors. Focused predominantly on Southern Africa, especially  Zimbabwe and Swaziland, in its early years, SALO  is now increasingly being consulted on the Great Lakes Region, the Horn of Africa and other African regions, as well as the Middle East. 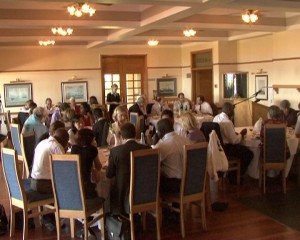 SALO has offices in Cape Town, Johannesburg and Pretoria, but largely works within a ‘virtual office’ network of core staff, flexible practitioners, policy shapers, the diplomatic community, NGOs, CBOs and the research and policy sectors.  With a multi-disciplinary Board of Directors guiding their work and providing strategic oversight, assisted by a Reference Group, SALO’s small management team and staff operate efficiently through a lean, flat organisational structure. 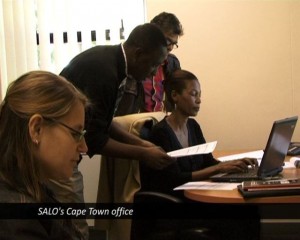 SALO is an essential catalyst for strategic engagement between African government and civil society stakeholders, and their global partners, on critical areas of democracy, peace and security.

SALO contributes to African-driven policy positions for countries in crisis and conflict, through advocacy, dialogue, research and knowledge resourcing. SALO enables alignment and consensus-building between government and civil society stakeholders, and their global partners.

The strategic objectives of the Southern African Liaison Office include:

SALO’s work broadly falls into six strategic focus areas (with some overlap between them):

To achieve its objectives, SALO uses a variety of approaches:

The attendance at SALO’s events speaks to the strength and diversity of its network. There is evidence of levels of engagements and responses collated in written/verbal briefing reports. Our events indicate the high levels of officials and policy shapers/makers that SALO is able to access, brief and receive briefings from. We believe the full spectrum of SALO’s work shows the building of relationships, trust and a knowledge continuum that all contribute towards more effective civic and government interventions for democracy in the region and the continent.