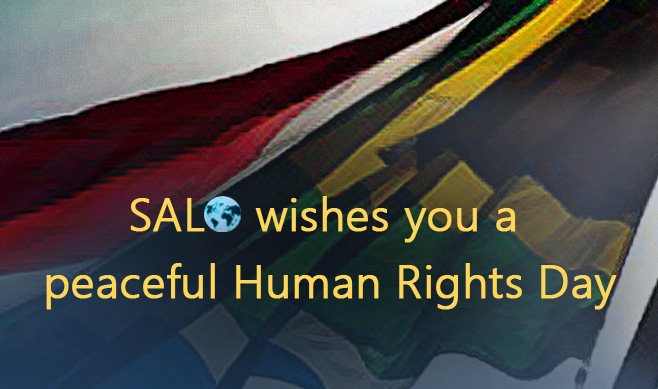 Human Rights Day is a day for celebration, as well as solemn reflection. South Africa’s Bill of Rights is world-renowned for its inclusive protection of Human Rights, making SA one of the first countries in history to outlaw discrimination based on sexual orientation.

SA’s Bill of Rights:
“The state may not unfairly discriminate directly or indirectly against anyone on one or more grounds, including race, gender, sex, pregnancy, marital status, ethnic or social origin, colour, sexual orientation, age, disability, religion, conscience, belief, culture, language and birth”

As we know, SA’s past was characterised by institutionalised Human Rights abuse. Human Rights Day presents an opportunity for us to solemnly reflect on the suffering of millions of South Africans at the hands of the Apartheid regime, and to appreciate the immense sacrifice and bravery of those who struggled to secure the rights and freedoms enshrined today.

As President Ramaphosa indicated in his State of the Nation Address, there is still much work to be done to ensure that all South Africans can enjoy these progressive human rights in practical terms. With the aim of tackling violent discrimination against LGBTI persons living in townships specifically, SALO is currently convening a series of community dialogues around this issue in Soweto. These community dialogues are supported by the Dutch and Irish Embassies, and facilitate candid discussion between national government leaders and relevant community stakeholders including religious leaders, youth leaders, community leaders and taxi operators.