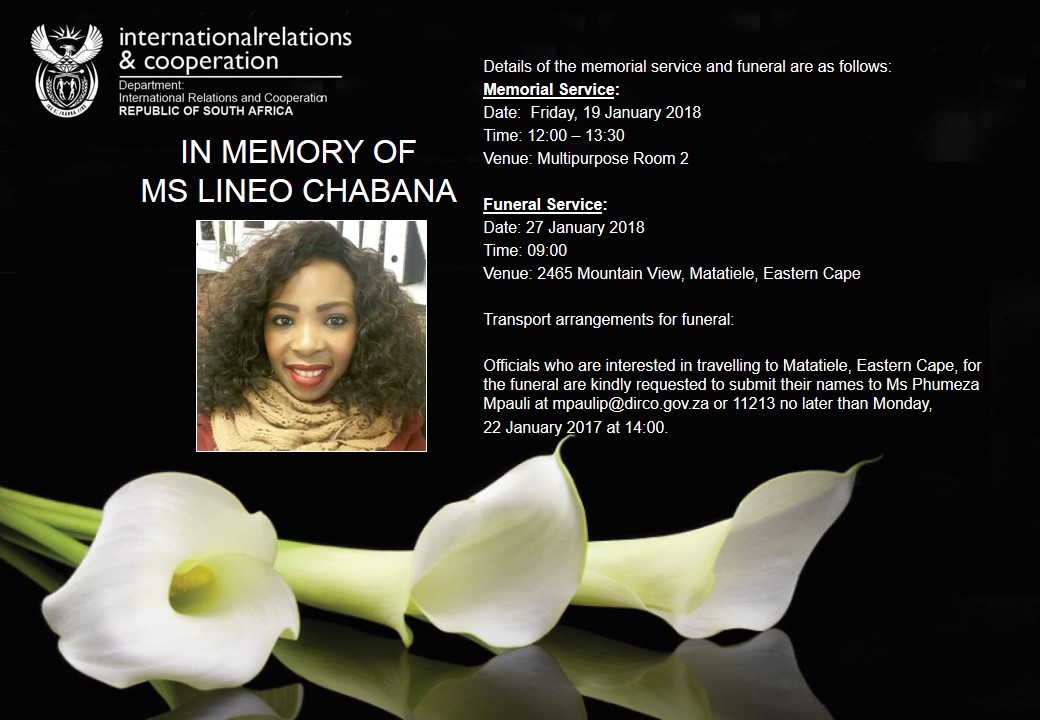 Ms Lineo Chabana was born in Matatiele on 21 January 1988 to Gerald and Flora Chabana and was the second of four siblings.

She completed her primary schooling at King Edward (Matatiele), and proceeded with her high school education at St Barnabas College, in Johannesburg, where she completed her Matric.

Lineo assumed duty at the Department of International Relations and Cooperation (DIRCO) on 01 August 2014, as a Research Assistant (Assistant Director) in the Minister’s Office. She later joined the Directorate: Politics, Governance, Peace and Security Research (formerly known as PRAU) where she served until her passing on 13 January 2018.

As Colleagues we honour her positive legacy as a dedicated foreign service officer and the exemplary manner in which she served and promoted our country’s national interests.

She will be sorely missed by her son Bokamoso, her mother, three sisters Rethabile, Thato and Puseletso,  extended family, friends and colleagues.

You were gone before we knew it

And no one knows why.

A million times I needed you

if love alone could have saved you

you never would have died

In life I loved you dearly

In death I love you still

In my heart I hold a place

that only you can fill.