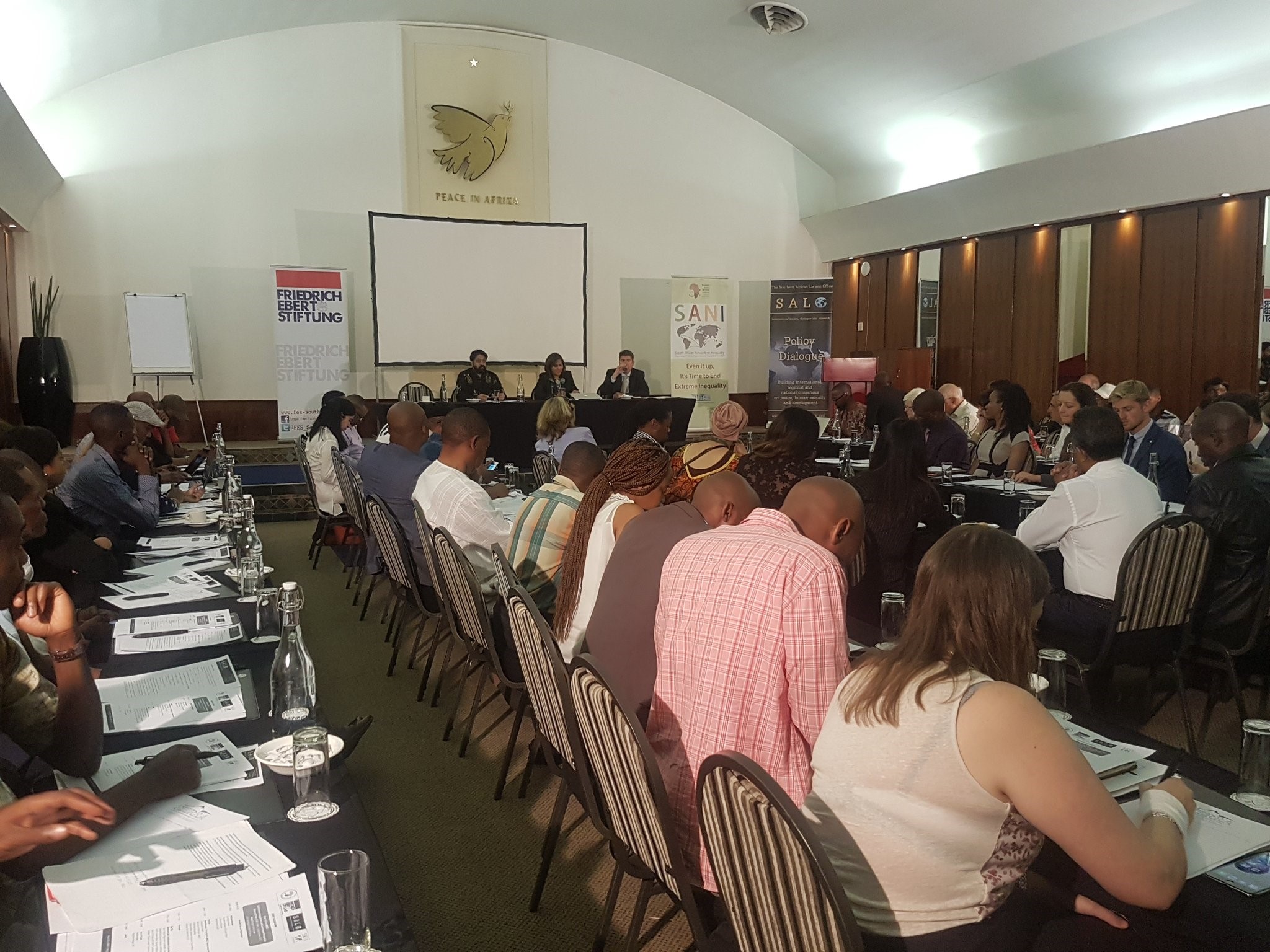 On the 14th of September 2017 SALO co-hosted a Multi-Stakeholder Dialogue with the Economic Justice Network (EJN) of the Fellowship of Christian Councils in Southern Africa and the Friedrich-Ebert-Stiftung South Africa (FES) entitled “From G20 to BRICS: Civil Society Engagement and Government Perspectives” at Burgers Park Hotel in Pretoria. 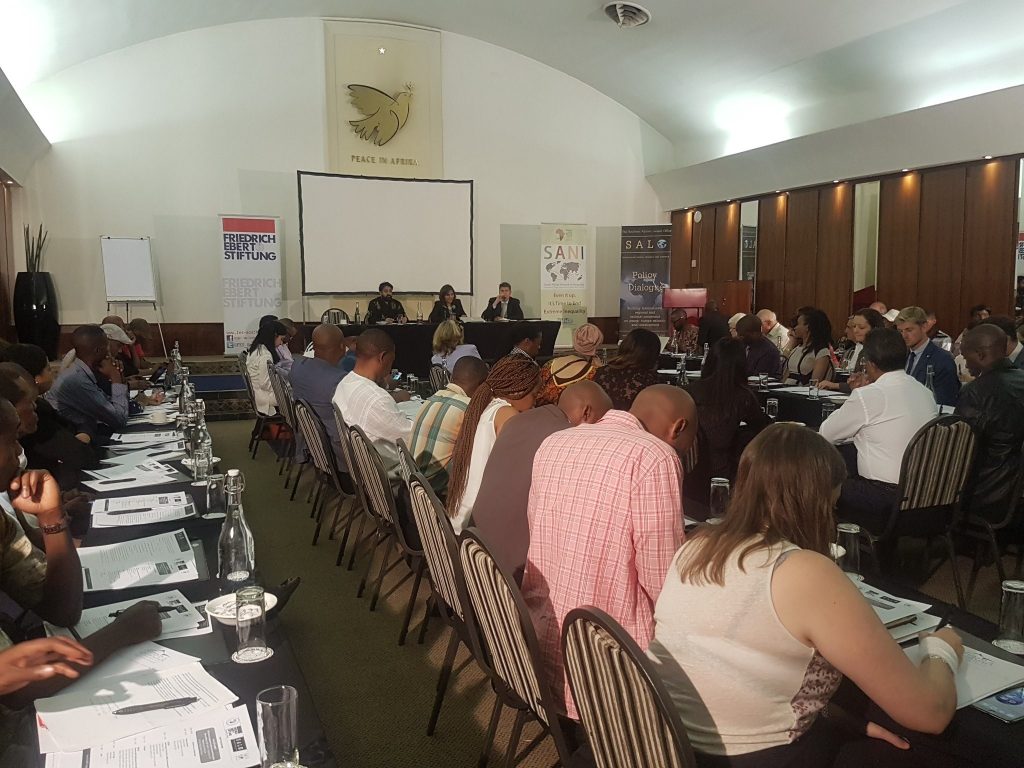 With a special interest in addressing inequality and looking forward to 2018, the objective of this public dialogue was to unpack engagement in multilateral fora, in particular G20 and BRICS.

Speakers included the South African Sherpa for the G20 and BRICS, Ambassador Anil Sooklal, who spoke on government perspectives on the G20 and BRICS; as well as a representative from the German Embassy, who shared the German experience of hosting the G20, outcomes, lessons and opportunities around the G20 for addressing inequality. Other speakers reflected on civil society engagement with multilateral processes, past, present and future.

Participants included members of the diplomatic corps, civil society organisations and think tanks based in South Africa, government officials, youth and ordinary members of the public.