The research for this paper has built on the Southern African Liaison Office’s work since its inception as the Zimbabwe Liaison Office, in 2004. The knowledge process specifically informing this publication began, in earnest, in late 2007. As the Zimbabwe-South Africa context and knowledge are both dynamic, we have updated this study repeatedly as the situation evolved – releasing the work in different forms each year. Enormous effort has gone into producing a study that has currency in its analysis of the changing conditions. While the context is continuously shifting, SALO believes that this study will prove its relevance as an insightful, composite piece that provides a seminal backdrop to the ever-changing, fluid world inherent in this publication.

Editorial assistance was offered by Roger Southall (who has also authored an addendum, Post -Colonial Zimbabwe: Nationalism, authoritarianism and Democracy, available on the SALO Website), Professor of Sociology, respected Editor and Academic of the University of the Witwatersrand, and David Moore, Journalist, Scholar and Professor at the University of Johannesburg’s  Department of Anthropology and Development Studies.

The Southern African Liaison Office (SALO) is a non-governmental organisation that seeks to promote policy dialogue between civil society and governments, backed by research and advocacy, in the search for solutions to regional conflicts. Initially, SALO was focused exclusively onZimbabwe, but is currently using similar techniques and principles to address a wider range of regional and international conflicts as well as governance challenges.

The material was reviewed by a reference group of individuals from a diverse range of sectors with direct experience of engagement onZimbabwe. The research project was carried out with the financial support of the European Union (EU) and the National Treasury of South Africa through the Conflict and Governance Facility (CAGE), the European Commission in Harare, the Swedish International Development Cooperation Agency (SIDA) and the Swedish Embassies in Harare and Pretoria, Irish Aid and the Irish Embassy in Pretoria, the Norwegian Embassies in Harare and Pretoria, the Finnish Embassy in Pretoria, the Olof Palme International Centre, the Open Society Institute for Southern Africa (OSISA) and the Southern Africa Trust.

The views expressed in this paper are wholly those of the SALO research team and the people interviewed within, and are not necessarily the views of the development partners. 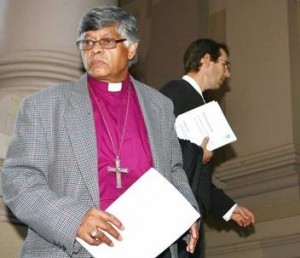 Having been part of  the lengthy processes leading to the publication you now have before you,  I feel I can justifiably and wholeheartedly commend what I believe is an  important, constructive and helpful distillation of SALO’s work, so far, on South Africa’s relations with Zimbabwe.

We believe an essential step in the quest for the well-being of the people ofZimbabweand the region is truth telling.  Telling the truth strengthens the resolve of those who are working for peace and justice and helps disarm the perpetrators of falsehood and violence.  Furthermore, it helps underline the heavy responsibilities of regional and international communities – of us all – for our fellows in distress.  In situations where people are manipulated in the self-interest of rulers who employ deceit and fear for their own ends, cries of sovereignty ring hollow and the oppressed have the right to claim the attention of their neighbours.

But what is the truth we have to tell?  This, as you will read, SALO has diligently set out to discover and to share through rigorous research far back into the roots of history and conflict, political and economic, and through ever-continuing dialogues with all contemporary parties concerned.

While SALO is a non-governmental organisation it enjoys good relations, based on long-standing friendships, with the South African government and the ANC-COSATU-SACP Tripartite alliance and with governments in the region and abroad through the diplomatic community.  Its work interlinks with that of other civil society groups in the region in stimulating public consciousness and debate.  It is dedicated to building international consensus onZimbabwethus avoiding unnecessary contestation, misunderstanding and misuse of our precious and limited time.  By enabling dialogue and debate, both private and public, amongst key government, civil society and diplomatic figures from the region and abroad, SALO, benefiting from the generous contributions of all involved, helps stimulate fresh thinking leading to bold conclusions.

We thank the people of Zimbabwe who, at great personal cost, have remained committed to the democratic processes of law, peace and justice.  Such fortitude is an inspiration for all of us. We pray with you that the darkness of oppression will soon be vanquished in the bright dawning of a new era.

Chair of the SALO Board