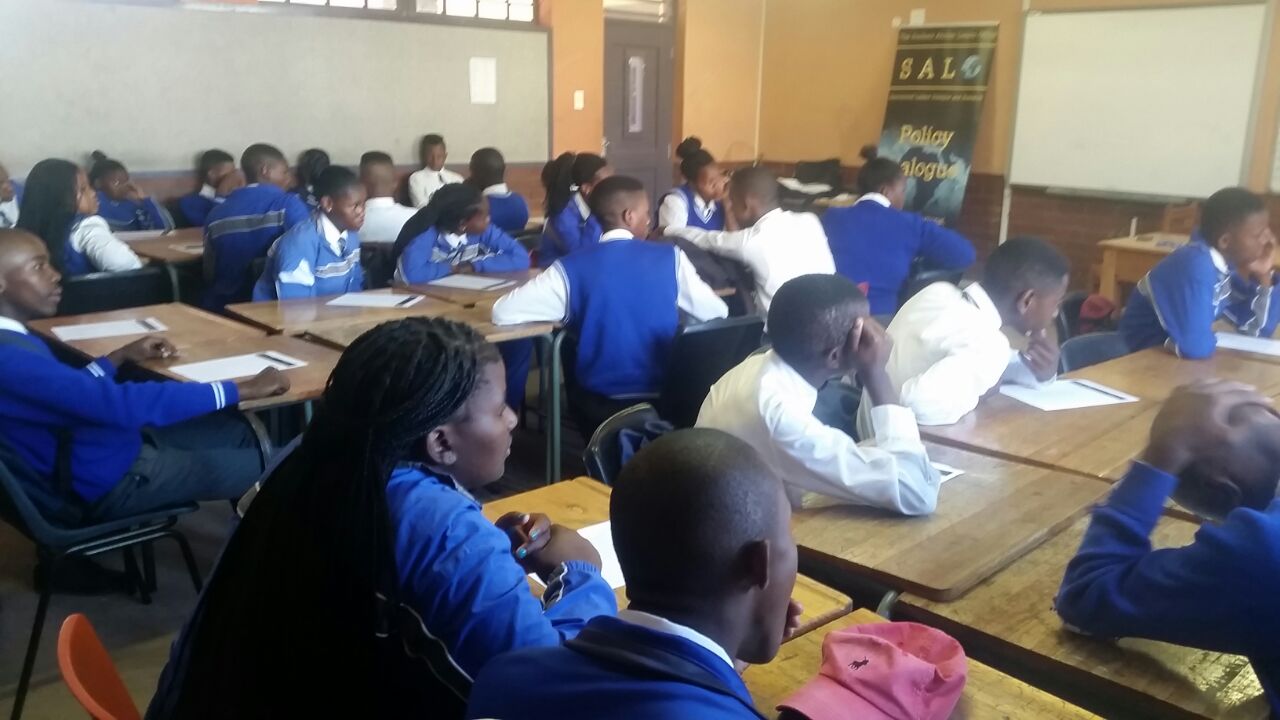 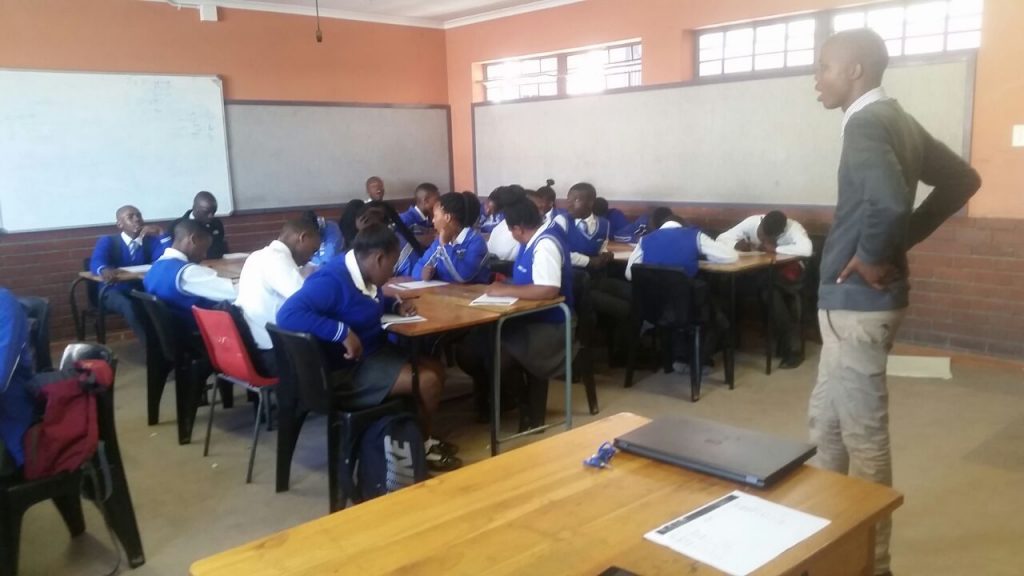 On the 17th April 2018 SALO facilitated a community screening and dialogue with high school learners in Khayelitsha, talking about on gender based-violence.

The session started with a screening of a clip of South African teenagers speaking candidly about gender-based violence, linking these behaviours to prevailing societal norms of what it means to be a “man”.  This included a discussion amongst a group of friends on the topic of violence towards their partners.  Some of the youths admitted to having hit their girlfriends out of anger, while others indicated that they did not condone gender-based violence and would never hit a woman.

Siphelo Mzondo, former National leader of COSAS active in the province, chaired the post-screening discussion.  Participants were all grade 10 learners from Sizimisele Technical High School in Khayelitsha. The participants were evenly split in terms of gender, which added a stimulating dynamic to the discussion.  All participants condemned gender-based violence, and with most female participants expressing how this issue affected their lives personally.  One male participant shared that he was abused as a child by a relative, and that people don’t know this about him. He raised this as an example to highlight that abuse is so rife in our country that most South Africans walk with unseen scars of sexual and gender based abuse.  He also touched on gender-discrimination in terms of society’s treatment of victims of abuse who speak out, saying that he used to be embarrassed as a young man to disclose that he was a victim of abuse, as it is still perceived as an issue only affecting women by many in SA society.

This screening, and other community screenings in this project aim to facilitate  school  environment  change, and  to change  social  norms  related  to  violence  at  community  level, by focusing  on  ideas  of  masculinity  and  violent  practices  of  men  and  boys,  and  building  relationship  and communication skills amongst youth. 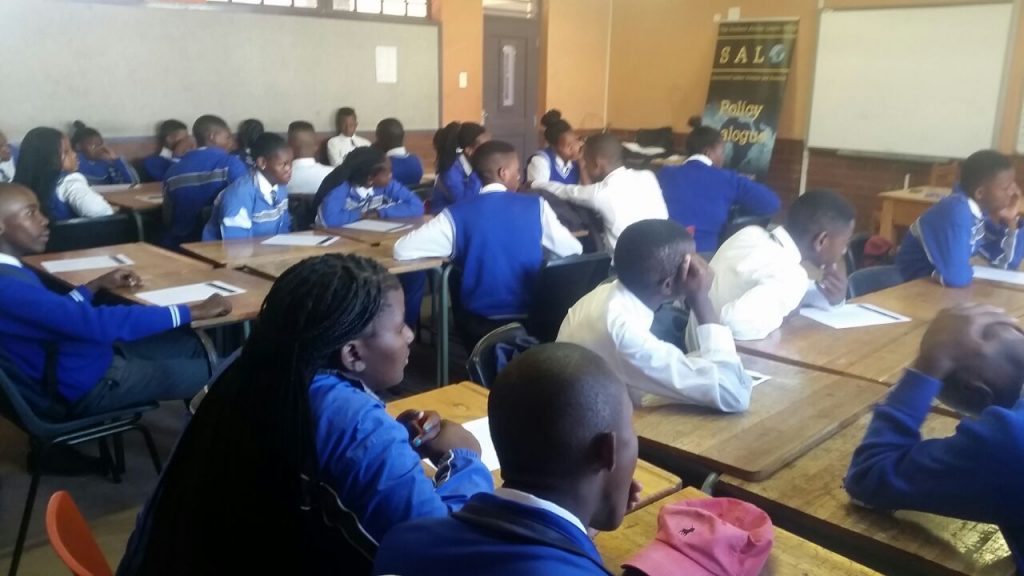