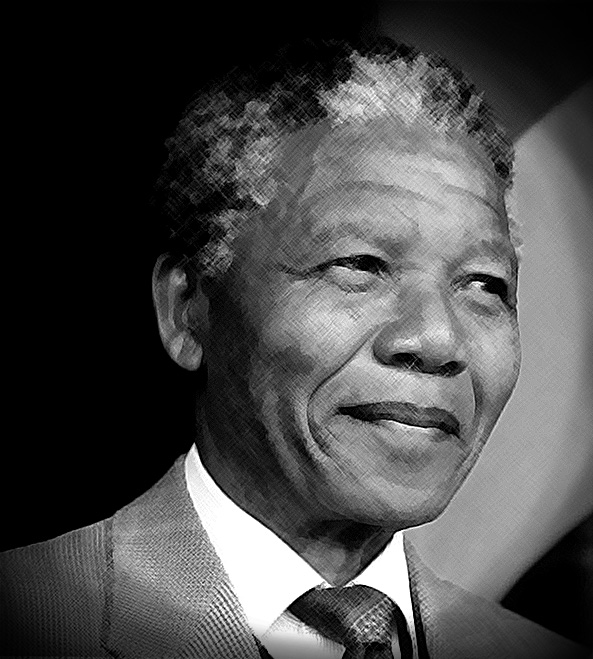 Today, 6 December 2013, South Africa woke up to a future without founding president Nelson Mandela. He has passed on at 95. South Africa’s loss is also Africa’s and the world’s loss. Mandela’s life has touched many lives, true to his words “What counts in life is not the mere fact that we have lived. It is what difference we have made to the lives of others that will determine the significance of the life we lead.”

As the ANC statement observes, “Our nation has lost a colossus, an epitome of humility, equality, justice, peace and the hope of millions; here and abroad”. The AU paid tribute to Mandela, describing him as symbolising “the spirit of Pan Africanism and solidarity in the struggles of humanity against apartheid, oppression and colonialism and for self-determination, peace and reconciliation… Mandela has fought a good fight…” UN Secretary General Ban Ki-moon described him as “a giant for justice and a down-to-earth human inspiration”. Most people will certainly agree with President Zuma that, “Although we knew that this day would come, nothing can diminish our sense of a profound and enduring loss.”

Mandela has taught us what it means to be free, that freedom starts from within.

“As I walked out the door toward the gate that would lead to my freedom, I knew if I didn’t leave my bitterness and hatred behind, I’d still be in prison.”

According to Civicus, which represents NGOs in more than 100 countries, “Under Mandela’s presidency the foundations for an enabling environment for civil society in South Africa were laid, something which inspired similarly progressive laws and policies around the world.”

Mandela on Africa, Peace and Conflict

He was a champion of peace in Africa. For Mandela, peace and prosperity in South Africa was indivisible to that of the continent.  He set the stage for South Africa’s prominent role in peace building and development in Africa.

“I have always regarded myself, in the first place, as an African patriot”.

“I dream of an Africa which is in peace with itself…”

“I dream of the realization of the unity of Africa, whereby its leaders combine in their efforts to solve the problems of this continent. I dream of our vast deserts, of our forests, of all our great wildernesses…”

“Where globalization means, as it so often does, that the rich and powerful now have new means to further enrich and empower themselves at the cost of the poorer and weaker, we have a responsibility to protest in the name of universal freedom”.

“To deny people their human rights is to challenge their very humanity”.

“For to be free is not merely to cast off one’s chains, but to live in a way that respects and enhances the freedom of others”

“No one is born hating another person because of the color of his skin, or his background, or his religion. People must learn to hate, and if they can learn to hate, they can be taught to love, for love comes more naturally to the human heart than its opposite.”

“Peace is the greatest weapon for development that any person can have.”

“Freedom cannot be achieved unless the women have been emancipated from all forms of oppression.”

“For every woman and girl violently attacked, we reduce our humanity”.

“As a tribute to the legions of women who navigated the path of fighting for justice before us, we ought to imprint in the supreme law of the land, firm principles upholding the rights of women. The women themselves and the whole of society, must make this a prime responsibility.”

“Domestic violence, rape, abuse of women remain disgraceful blots on the reputation of a country that is called a miracle nation.”

“Freedom would be meaningless without security in the home and in the streets”.

“Our children are our greatest treasure. They are our future. Those who abuse themtear at the fabric of our society and weaken our nation”. – National Men`s March, 1997

The greatest honour we can give Mandela

The greatest honour that South Africans and the world can give Mandela is to live his legacy and pursue his ideals.

“During my lifetime I have dedicated myself to this struggle of the African people. I have fought against white domination, and I have fought against black domination. I have cherished the ideal of a democratic and free society in which all persons live together in harmony and with equal opportunities. It is an ideal which I hope to live for and to achieve. But if needs be, it is an ideal for which I am prepared to die.”

“I have walked that long road to freedom. I have tried not to falter; I have made missteps along the way. But I have discovered the secret that after climbing a great hill, one only finds that there are many more hills to climb. I have taken a moment here to rest, to steal a view of the glorious vista that surrounds me, to look back on the distance I have come. But I can only rest for a moment, for with freedom come responsibilities, and I dare not linger, for my long walk is not ended.”

Mandela has rested, but for us who remain, the long walk is not ended! May his legacy continue to inspire humanity that true freedom, economic, socio-political and otherwise, is possible.

Rest in peace, father of the nation!