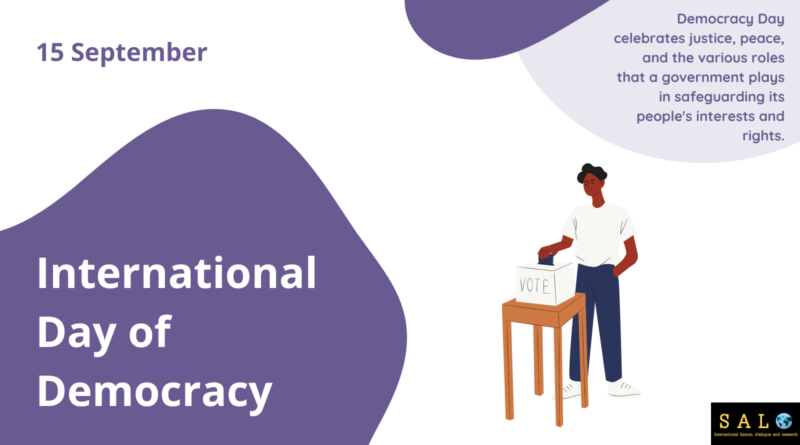 The purpose of this day is to promote the government’s role in maintaining open democracy among all UN Charter countries and to celebrate the values democracy promotes, giving citizens the power to make decisions concerning all aspects of their lives. As part of its mission to promote democratic societies around the world, the UN monitors elections, strengthens democratic institutions and accountability, and assists nations recovering from war to establish their own constitutions.