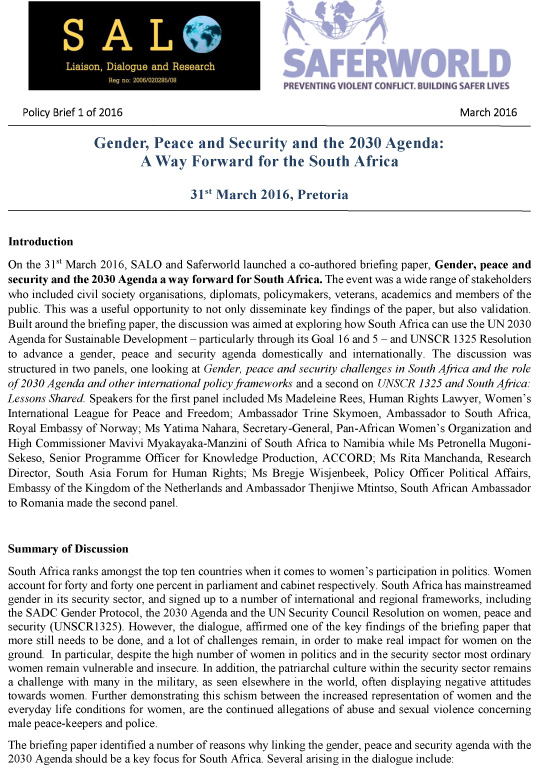 On the 31st March 2016, SALO and Saferworld launched a co-authored briefing paper, Gender, peace and security and the 2030 Agenda a way forward for South Africa. The event was a wide range of stakeholders who included civil society organisations, diplomats, policymakers, veterans, academics and members of the public. This was a useful opportunity to not only disseminate key findings of the paper, but also validation. Built around the briefing paper, the discussion was aimed at exploring how South Africa can use the UN 2030 Agenda for Sustainable Development – particularly through its Goal 16 and 5 – and UNSCR 1325 Resolution to advance a gender, peace and security agenda domestically and internationally.