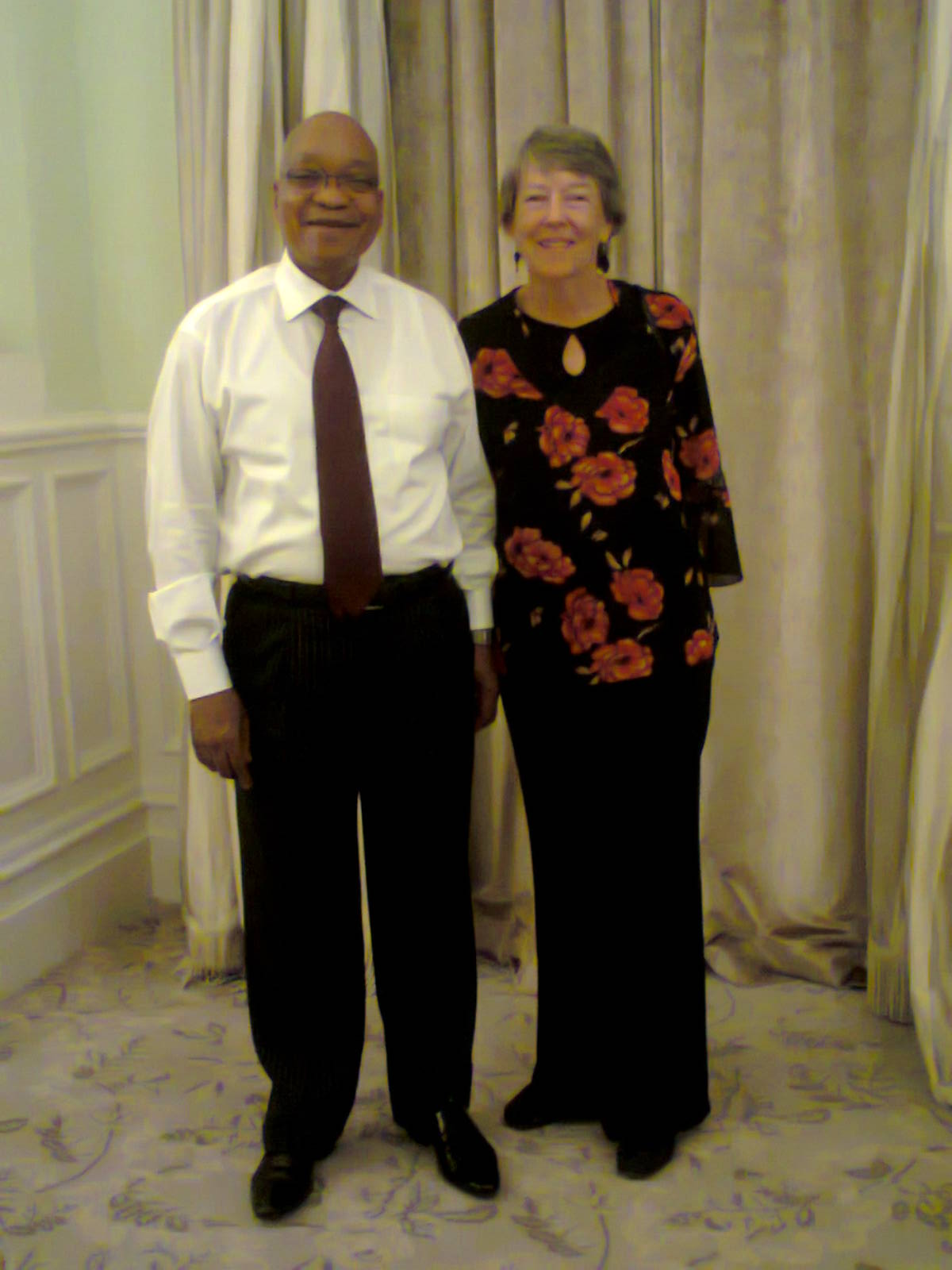 Memories of events in the fight against apartheid had recently been refreshed in the heart-felt tributes paid by many, including President Zuma, to struggle heroine Phyllis Naidoo.

Whilst exiled in Harare Comrade Phyllis had introduced Zuma to Todd.

Following the 1984 Nkomati Accord, a non-aggression treaty forced on Mozambique by the apartheid regime, Zuma, then head of ANC intelligence, had to move from Maputo to Lusaka.

In succeeding years, when passing through Zimbabwe, Zuma would sometimes stay with Todd and Phyllis Naidoo who were among many who provided safe houses to freedom fighters in the Frontline States, at great risk to themselves. 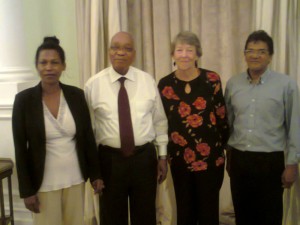 In their 45 minutes together SALO’s representatives thanked President Zuma for his exhaustive efforts in building peace in Africa.  The President reciprocated by wishing SALO well in its mutually supportive work of building international consensus.